It has now been almost a year since I had my article published. There is no problem with posting it on my website as well, but they would prefer that you not do it all at once. I think the editor did a great job with the text and all the pictures! I wish I had gotten more of a response to it, but you can never count on that. The only thing that actually happened after the article was published is that I got a free old American parlor sent home from the USA for the shipping cost! The owner did not want to throw it away, and he had not been able to interest anyone in the USA to take care of it. I plan to write an article about that renovation when I get time.

The article took a year to write, which was lucky. I came up with several new things during that period and for once managed to correct errors and other bloopers before it was published - I'm fast on the keys, and sometimes it goes too fast. I was also helped by David Gill in the USA to proofread the text, I am a native English speaker, but I am not a native speaker after all. My friend Gunnar Säfsten also suggested some things that needed to be fixed, he also took some pictures of me in the shop.

Since the article was written, I have scrapped my small band saw, now I hand saw the segmented saddle at height with a hacksaw - it's safer. When measuring intonation, I use my new mechanical Peterson stroboscope. The braces in the top are now glued in a go-bar against a radius disk with the same bend as the top braces, I need to bend the larger spruce patches two-dimensionally and not just across the top as before. I have skipped the extra, small solid piece of carbon fiber rod in picture 22, it will still be strong enough. I have trimmed down my special intonation tool at the saddle and removed unnecessary metal to make it lighter.

An addition to my theories is that the reason the segmented saddle changes the tone of the guitar is most likely due to the individual bone posts being able to vibrate laterally against the soft wood between the posts. The soft spruce lets other frequencies through than the saddle that way.

Apart from that, the article pretty much describes the methods that I still use. 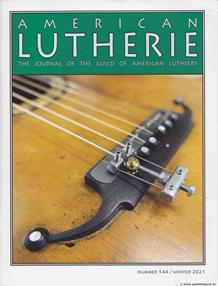 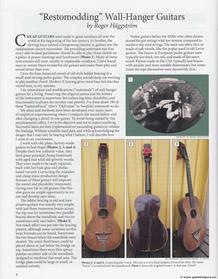 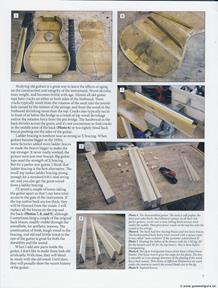 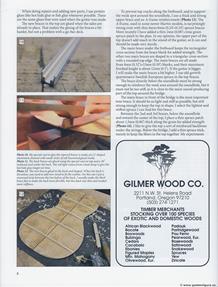 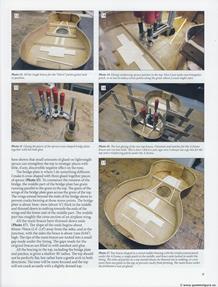 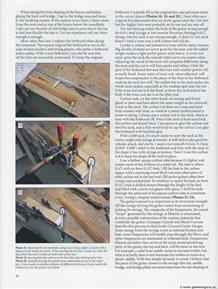 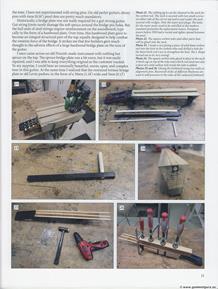 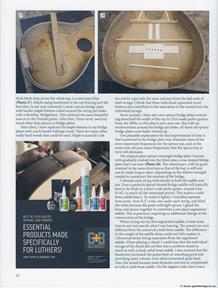 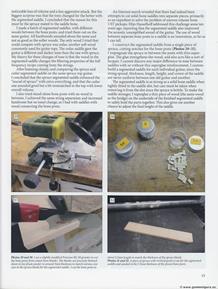 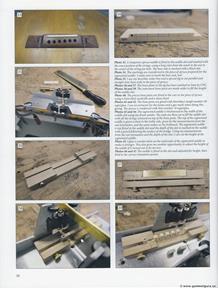 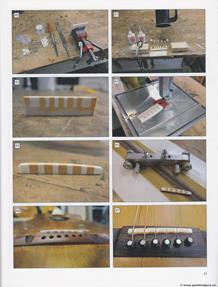 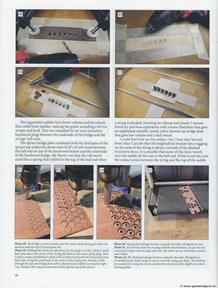 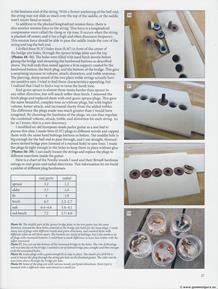 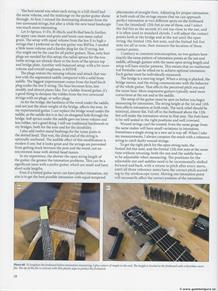 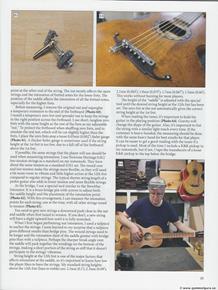 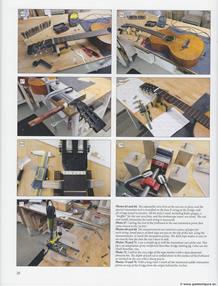 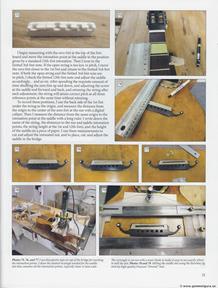 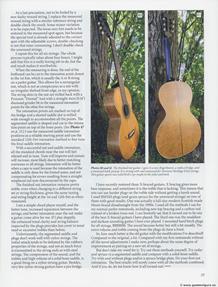