I recently had an apprentice in the shop. It was a nice week as usual, this time we worked with a Levin parlor from 1912 and next to a newer Orpheum tenor guitar from around the 1950s. I did not take many pictures while we worked (the apprentice took all the more!), But I can report the end result. Levinen, GammelGura 190, was almost finished and needed final adjustment when he left, but I had to add a few more days to the tenor guitar.

The Levin was in perfectly OK condition, just a little more cracks in the top than usual. The job went as it should, the only problem was that the neck in soft poplar did not get the chance to shape itself with tightened strings before we fretted. The result was that the neck bent up close to the nut when everything was ready, and I had to redo the grinding of the fretboard and fretting.

The original tuners were in good condition and were allowed to remain, the plaque on the back of the head had a hint left of the printed text. A new bridge and a new fretboard with EVO frets were manufactured. The nut and the segmented saddle were intoned. A K&K mic mounted. The bottom was really shrunk and a center stick in rosewood was glued in. Was then sent in a new Gator 3/4 case. 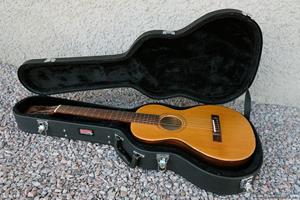 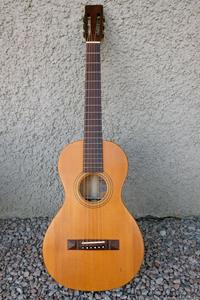 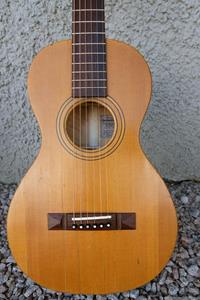 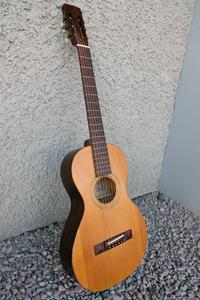 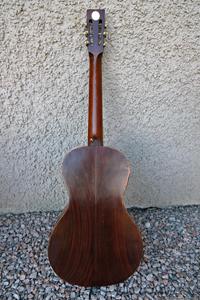 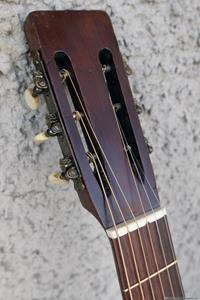 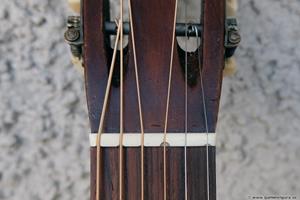 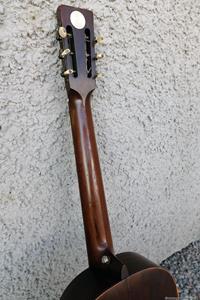 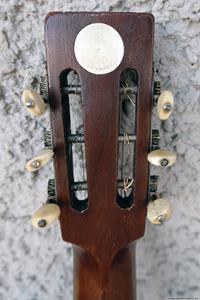 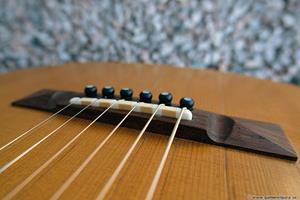 The tenor guitar was a bit unusual, in mahogany and basically a dreadnought body with a narrow tenor neck and four tuning screws. Fine rosewood in both fretboard and saddle. Maybe a little lame in the design language.

The clumsy and screwed-on bridge was reused after a bit of planing, the screws were replaced with pearl dots (the bridge was actually a regular guitar bridge, the two outermost string holes had been filled with white celluloid dots!). The neck was reset, it got a carbon fiber rod in the neck, and the flat fretboard was given a small radius and new frets. The ugly pick guard was allowed to remain at the apprentice's request. The top had been deformed, the bottom was removed and the original bracing in the top were reshaped and glued back to push the top up after soaking and clamping to flatten the wood. The bridge plate was changed to spruce with plugs and bubinga rounds, but no major changes inside. A nut inttonation and a segmented saddle were done. The original tuners were lousy and were replaced with new ones.

The bottom and side were a three-layer laminate with thin mahogany on the outsides. At the bottom, it was easy to split off the top layer of mahogany down to the reasonably thick middle part of the maple. Became both lighter and better sound in the bottom piece!

The biggest job was the bottom celluloid binding. It had an unusual and very light tortoise color that is no longer available. Instead, I mounted a wooden binding that was similar to the old celluloid. A K&K mic was mounted. When it was finished and vibrated, it sounded much better than before the renovation. Sent in one Thomann Elite Case Classic 1 case. 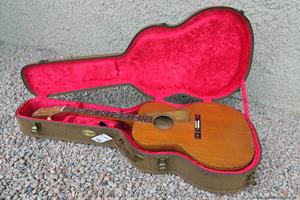 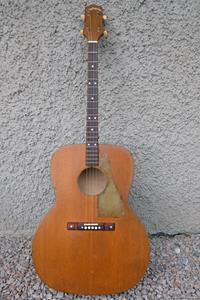 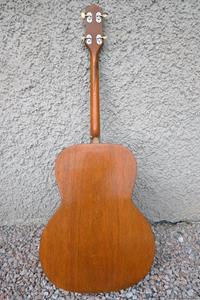 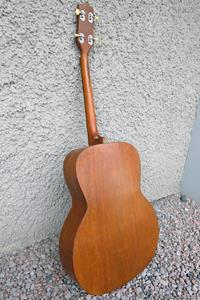 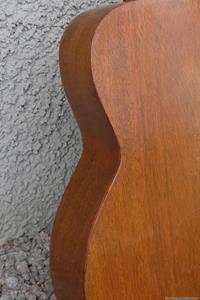 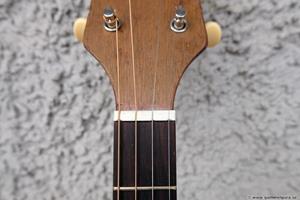 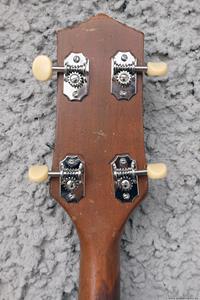 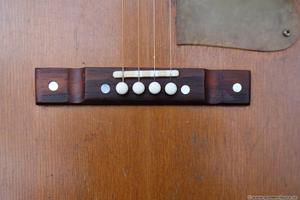 The bottom and top were thinned on the Levin in the usual order, both got a couple of rounds of spirit varnish on top of the old varnish.

Some pictures while we worked! 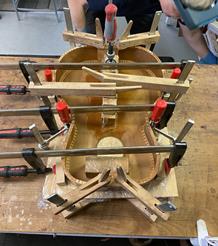 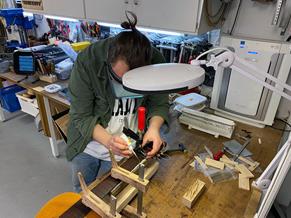 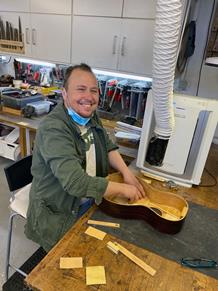 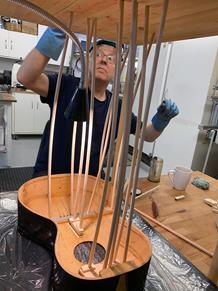 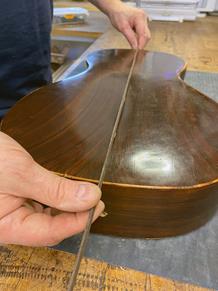 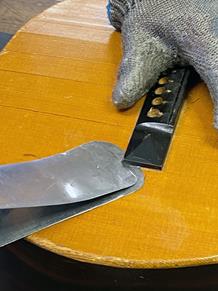 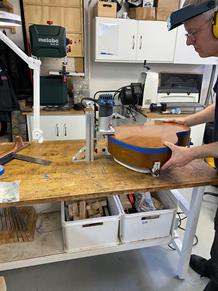 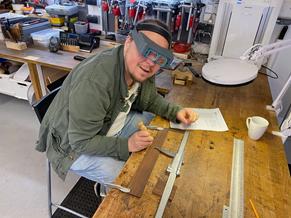 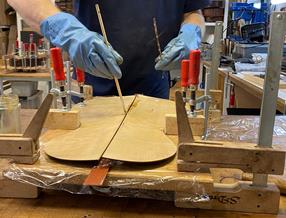