Gottfrid Söderman is the only local builder in the area with large production before 1930. Here in Örnsköldsvik, there are often Söderman lutes for sale at flea markets and auctions, but his instruments are found throughout Sweden. Some of the lutes are dated and sometimes there is a poem or similar written in pencil inside, especially on the earliest instruments.

I have just opened a Söderman lute with the earliest date I have seen, 1920. A very special lute that I thought had been converted later. Now that I have opened it, I see that it is almost certainly completely original, except for the tailpice that it came with. At the top of the list of what is special are the three extra tuners! The nut is definitely original, and the three thinnest strings were doubled with the help of the extra tuning screws. The fretboard was also mounted floating above the top, but with a spacer glued underneath. The tuners were incorrectly turned, probably because they were new in 1920, and he assumed that the worm would be mounted in front of the gear as on older tuners.

Most fun was the note on the top; This lute was made in 1920 by / preacher G. Söderman / No 198. This means that Gottfrid was certainly productive in the early 1910s. It remains to be seen if any older instrument shows up!

The text on the center stitch in the bottom is also fun and different; Gottfrid Söderman Moälven. Admittedly, Västerhus is where he had his workshop near the river Moälven (which is used further down by the pulp mill in Domsjö), but I understand why he changed the place of production!

The disassembly went not as expected. The fretboard, with a 45 degree run-out in the wood, came loose in three parts. The grooves for the frets were deep, and the board was almost cut through here and there. The bad wood, the deep cuts and the fact that I could not heat as much as I usually do due to the inlays in celluloid, was the reason for that. The bridge, which had cracked and been glued together, had been glued back, and the top was broken under the bridge. Gottfrid had calculated incorrectly, and the string holes were close to one of the braces in the top.

I am writing this already now as the pencil drawing gives a new exciting dating for his production. It remains to repair it to a playable condition with replica fretboard and bridge. 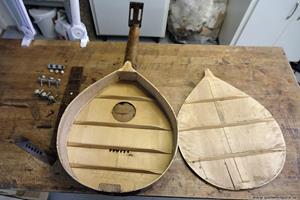 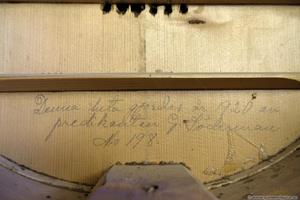 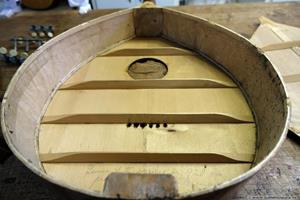 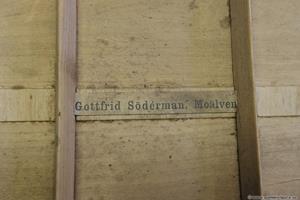 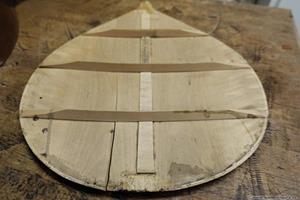 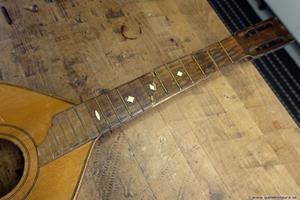 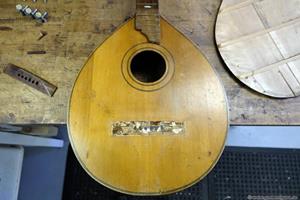 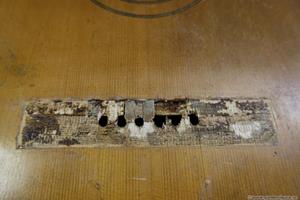 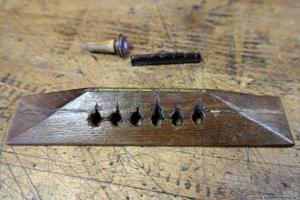 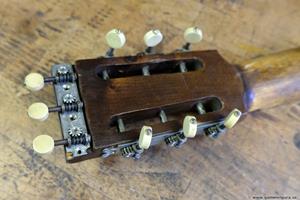 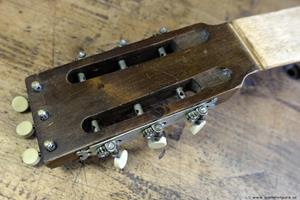