I bought a lot of well used old files at a local auction via a picture online. When I picked them up, they were twice as big as I thought, probably 10 kg of scrap iron!

But there were several nice finds among them after all, most were Öberg's quality files. After hydrochloric acid sharpening for 12 hours in 30% hydrochloric acid, they became like new or at least much sharper. A smaller file was perfect for the least enjoyable part of the renovations, to file the ends of new frets. It cuts like butter! The old dull file I used before is now retired. 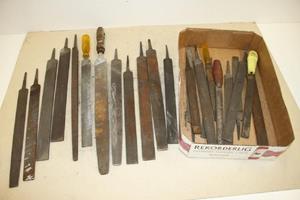 I geeked into files and found one online book from 1961, “A few words about Öberg's files”. In the middle of the book, there was some good advices on how to use and store files. Having files and rasps together in a box that I had before was not good, so I made a holder for the most used and freshly sharpened files and rasps where no one scratches against each other. With holes and plugs, you can divide the compartments in the holder so they fit different file widths. If I were to redo it, I would make at least three rows of holes with a 3 mm offset between the holes for the best adjustment of the compartments. The longest metal file in the holder was one of the auction files. Now I just need a real file brush! 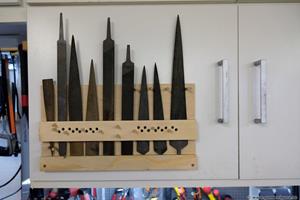 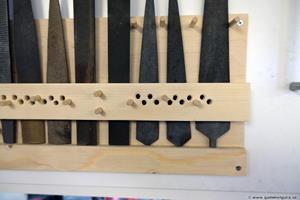 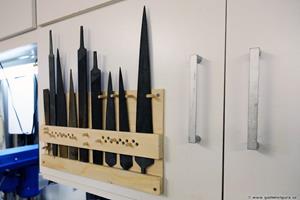