Not much is known about the Levin parlor copies that sometimes appear with a burn stamp with the text "Nässjö musikinstrumentfabrik" inside. There are also those who are stamped "Musikinstrumentfabriken i Tranås” or “NYA musikinstrumentfabriken Göteborg ”, obviously made according to the same template. They are copies of Levin parlor guitars and were made during a period from about 1910-1930 in the three resorts. They are usually made with less finesse than the corresponding Levin parlor guitars with more clumsy bracing and thicker neck, top, side and bottom. The craftsmanship is mostly not as good as in a Levin, they do not sound as good as the original. However, they may have more exotic woods and more inlays. More eye pleasure than ear pleasure! 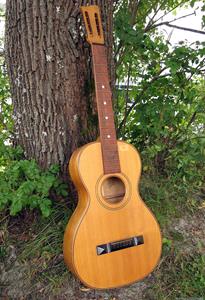 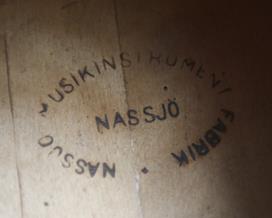 There is a publication, "Nässjö handel och industri i ord och bild", from 1917 with a few pages about Nässjö musical instrument factory. One English language page had managed to find it and the book was actually available for purchase at an antique shop! On pages 159-161 you could read that the factory started in Nässjö in 1916, before that the production had been in Tranås. Probably (judging by the appearance of the instruments I have seen) instruments were manufactured in Nässjö until the mid-1920s. "NYA musikinstrumentfabriken Göteborg" came later, probably in the 1930s.

Scanned the pages and images 🙂 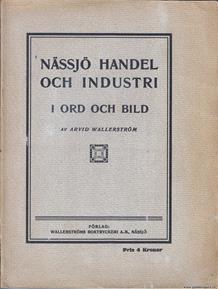 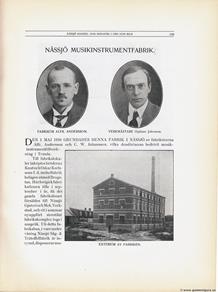 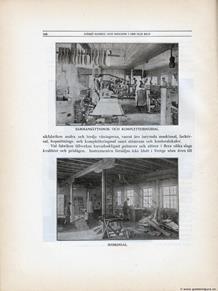 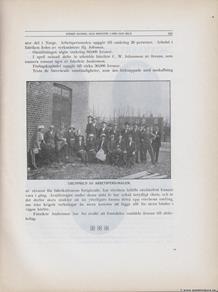 Did separate bigger scans of the images. 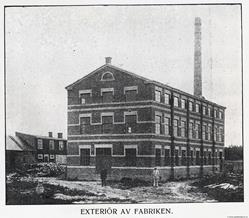 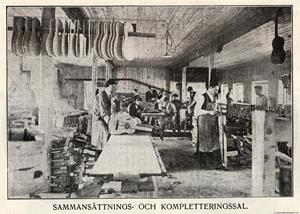 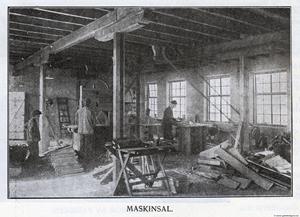 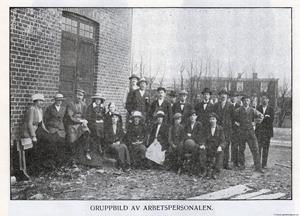 -
NÄSSJÖ TRADE
AND INDUSTRY
IN WORDS AND IMAGES

ON MAY 1, 1916, THIS FACTORY IN NÄSSJÖ was FOUND by the manufacturers Alfr. Andersson and CW Johansson, who had previously been involved in the production of musical instruments in Tranås.

Brothers Knut and Oskar Karlsson's former furniture factory located along Brogatan were purchased for factory premises. Manufacturing continued here until September this year, when the old factory building was sold to Nässjö Gjuteri and Mek.Verkstad, and a summer newly built large-scale factory complex was used. In this factory building, in whose lower floor Nässjö Såg- & Trätoffelfabrik is housed, the music factory has the second and third floors, each of which houses a machine room, paint room, assembly and completion room as well as meeting rooms and office premises.

At the factory, guitars and zitherns are mainly manufactured in several different kinds of qualities and price ranges. The instruments are sold not only in Sweden but also largely in Norway. The workforce amounts to about 20 people. The work in the factory is led by foreman Hj. Johnson.

In April this year, manufacturer CW Johansson resigned from the company, which is now solely owned by manufacturer Andersson.

Despite the aggravating circumstances associated with the procurement of raw materials for the ongoing production, the operation has so far been able to continue unhindered. Provisions during these last years have also increased considerably, and there are therefore great prospects of being able to further increase the scope of the movement, as the effects of the war will not even place too great obstacles in the way of this.

Fabrikör Andersson intends to transform the company into a limited company in the future.
-

There is also one website which is still empty, but which has contact information. It is the family of Hjalmar Johnsson, who was behind the production, who digs for information and will publish the results on this page.

I also talked to Hans Lind in Gothenburg. Hans had found some information, apparently production began in Tranås in 1916, the factory was then moved to Nässjö in 1917. It may also be that one of the people responsible moved back to Tranås as they disagreed with simultaneous production in both places, but it is not entirely certain. Someone had also been employed by Levin. Later, the factory moved on to Gothenburg. All three "musical instrument factories" were basically the same manufacturer, but at different addresses and perhaps with different managers.