Between about 1890-1920, very special guitars were manufactured in southern Sweden. Little has been known about the two builders, but their instruments appear a little now and then. I recently bought a "KB" at an auction and researched a bit about these special guitar makers.

All "KB" have extremely ornate bridges, Gerdin also had such on many guitars but not all of them. The head was also decorated with a hole recessed for hanging. The fact that the fretboard was fretted with "fan frets", with different string length for different strings and longer bass strings, is startling. There is also a brass rod between the neck and the bottom block and an odd narrow center stick inside reinforcing the seam between the bottom halves. The bottom could sometimes be very sculpted and always with a curvature. In addition to the extreme bridge, his guitars always have nice stamps inside where year and even date is available!

There was very little to be found online about who this "KB" was. But after a long talk with Hans Lind in Gothenburg, new and exciting information emerged. The builder's name is Karl Blomqvist. He was furniture maker as his father. They had their production and operations in their farm Svalefjäll Härja near Tidaholm. Karl lived 1859 - 1928. It is estimated that he made about 500 guitars. Most likely it is Karl who made the finely carved bridges, he probably sold ready-cut bridges to Gerdin who was contemporary. As far as I know, he worked alone in his workshop and made the guitars himself, perhaps with the help of his father. Known "KB" guitars have dates from 1897 to 1921. 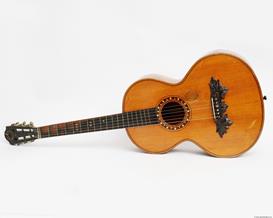 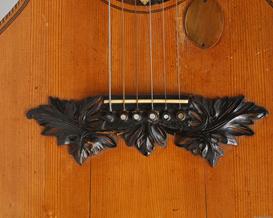 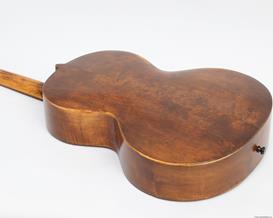 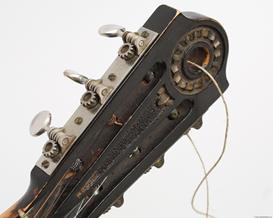 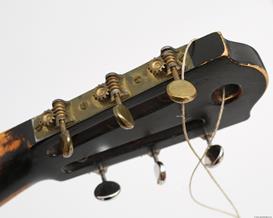 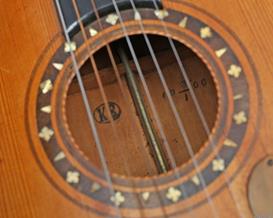 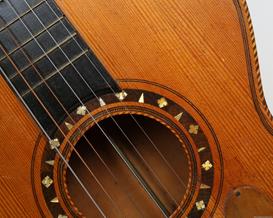 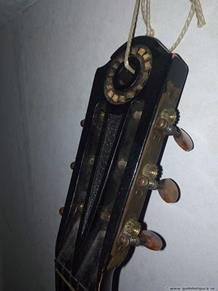 SP Gerdin was named Sven Petter Gerdin and lived 1849-1927. He had his business in Åmål 1888-1912 with several employees. In addition, strings were made, in a secret machine at least. The string spinner is preserved and is exhibited at "Åmåls Industrimuseum CW Thorstensons Mekaniska Verkstad" among other historical industrial objects related to Åmål. Gerdin guitars usually have a round logo stamped with blue ink inside, often almost unreadable. I have had some Gerdin in the workshop and all of them had the same simple dovetail attachment of the neck to the body. Instead of a V-shaped dove tail, the dove tail was marrow and a few cm wide and completely straight. When loosening the neck, it must be pulled up all the way before it comes loose. Gerdin made many models from simple parlor guitars to harp guitars with "KB" bridges. I found a fun article about Gerdin published in Örnäsposten 2015. 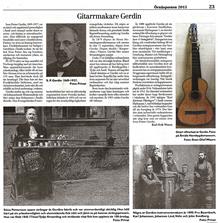